The essential feature to have on your camera

Over the next few weeks I’m going to suggest some essential features you need to consider having when you are in the market for a new camera or even mobile phone with a camera.

At the end of the series if you haven’t had time to read them all then you can scroll to the bottom of the last in the series and get all four in a PDF.

When we were in the market for a new TV, we discussed all the different features and benefits with retailers and become absolutely confused by salespeople in different shops telling us something different about the same TV.

For example, one would say this TV doesn’t have Freeview plus whilst another would say that it does.

In the end I researched on each manufacturers website and even rang them to ensure that the information I had gathered was accurate.

After doing that we went and bought the TV we wanted.

So what about the features and benefits of a new camera?
Well compared to TV’s I think there way more things to think about and personally I believe that there are too many features that are just not needed!

So over the next few weeks I’m going to suggest some essential features you need to consider having when you are in the market for a new camera or even mobile phone.

At the end of the series a free cheat sheet for will be available for you to have on hand when you need it.

So let’s start with absolute must!!

Mechanical Exposure controls
Usually on most cameras there are a P, A, S and M modes.

However, on small compacts there usually is only a P mode and on smartphone cameras, even the best ones, they don’t yet have the option to adjust the exposure the “old fashioned way”.

So what’s with the “old fashioned way”? Well without going into a great deal of details on how a camera works, I’ll explain:

Having the option of being able to control both or at least one of these is one of the keys to getting great photography.

So what do all these letters mean?

P stands for program and is basically a slightly more sophisticated way of shooting in auto.
The camera decides which aperture and shutter speed to use but you can also weigh in by using what’s called in the industry “shift”. 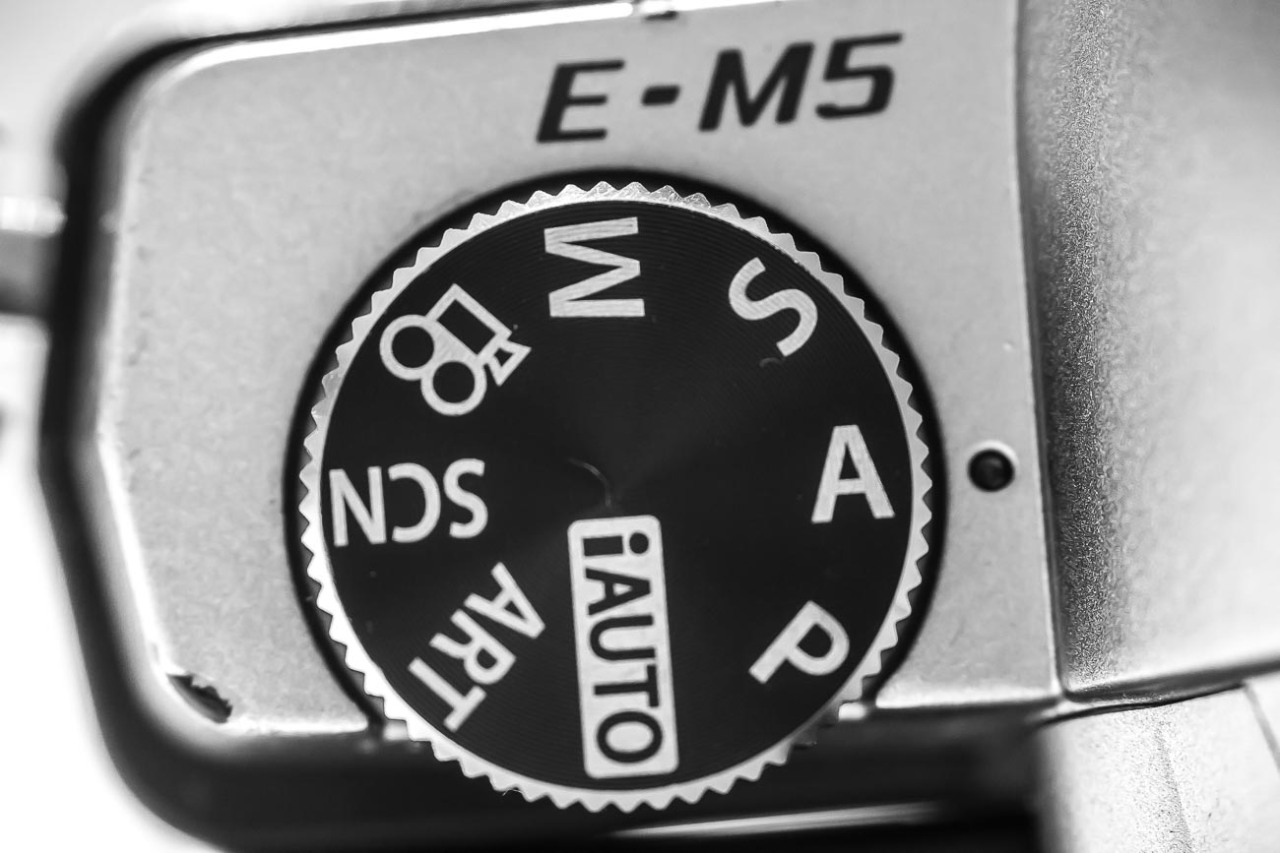 t some experience with the other modes.

Let’s simplify. Basically if you want to take a photo of a product with all the background blurred than you would need to adjust the aperture.

If on the other hand you want to take a photo of movement, say one of your dance students practicing or performing then you would more than likely want to adjust the shutter to capture the type of movement you want.

So It’s really handy to have that degree of control.

What’s that you say?

You’re only beginning so you just need auto.

That’s fine however I would suggest that if you really want to create images that represent your brand then at some time in the future you will need a greater degree of control.

One additional control that goes hand in hand with exposure is ISO adjustment.

In fact the aperture, shutter speed and ISO are called the exposure triangle.

That is to say that adjustment of one affects the other two.

With each camera manufacturer trying to outdo each other, the ISO on a top end DSLR can now be adjusted to over 400,000 which is crazy, as now the camera can take pictures in the dark!

When you change your ISO setting, you’re adjusting your camera’s sensitivity to light.

ISO settings are normally anywhere from 100 to 10,000 (or higher), and these numbers have a direct relationship with the device’s sensitivity and therefore the aperture and shutter speed, so a lower setting means you need more light whilst a high setting needs less.

So did you understand all that? I’m happy to clarify anything you’re not sure of.
Just post in the comments section below. Don’t be shy.
While you are at it why not subscribe for future updates here.
You’ll get my free guide “Eleven easy ways to improve your marketing photography”.