The plan had been to get to Augrabie Falls and camp there the night but it was a good 2-3 hours drive away and now it was too late. “So” said Roland “we’ll sleep the night in the dorm and head out early tomorrow”.
He must have seen the look on Sue’s face, because he came up to us and said quietly “I’ve organised a double room for you two, m’dear”.

That evening it was the Roland show! He’s an excellent cook and his yarns entertained us all. Apparently he’s done it all, played Rugby union for South Africa, seen some terrifying incidents involving Lions, Cheetahs and Leopards in his normal role of Kruger National Park ranger and lived a life that was reminiscent of some of the more famous novels about growing up in Africa.

Roland’s dominance of the evening was interrupted by Katrina, another, in fact the only other guest at Yeho’s (do you call people staying at backpacker hostels, guests?). Katrina hailed from J’burg and was one of those ‘try hard’ hippies that are to be found running new age shops where relaxation music and the tinkling of wind chimes are designed to calm you enough to get out your credit card.

She had just spent several days, finding herself in the Kalahari Desert! Well the Kalahari is roughly 700,000 square kilometres of red soil, sand dunes and very little vegetation and more importantly virtually uninhabited and uninhabitable. So the chances of you finding yourself are pretty high as you won’t find anyone else and unless you know what you are doing, your time with your newly found self will be extremely short! Katrina had never done anything like this before and had somehow survived and sat very satisfied with herself.
Each to their own I suppose – not something I would do.

We got to Augrabie Falls early enough for Breakfast. The name Augrabie is the Namaqua word “for place of great noise”. The Namaqua inhabit the north west corner of the Northern Cape and are one of the main Khoikoi tribes in South Africa, a people who were arguably one of the first inhabitants in the Cape.

Augrabie Falls is on the Orange River and has over time carved its way through a rocky landscape and plunges down into rocky and almost lunar landscaped gorge below. The amount of water flowing down this almost vertical giant water slide is amazing considering it had been dry recently. After heavy rainfall the falls rise up along the sides of the gorge. That must be some spectacle!

After seeing Mother Nature at its best we moved onto to see wine making at its worse. The Orange River Wine Cellar is nothing but a cheap bulk wine producer that fills bottles instead of casks and flagons. The wines tasted like flat coke!

Still it was interesting how they had managed to carve these huge vineyards out of such an arid landscape. They couldn’t have done it without being so close to the Orange River and using the water to permanently irrigate the vines. They claim they are the second biggest individual wine producers in the world. Based on the amount of vines they had spread around, I for one wasn’t going to argue (that is apart from the fact that place seemed full of big beefy guys that looked like they had swapped punches with the best of them on the rugby pitch). 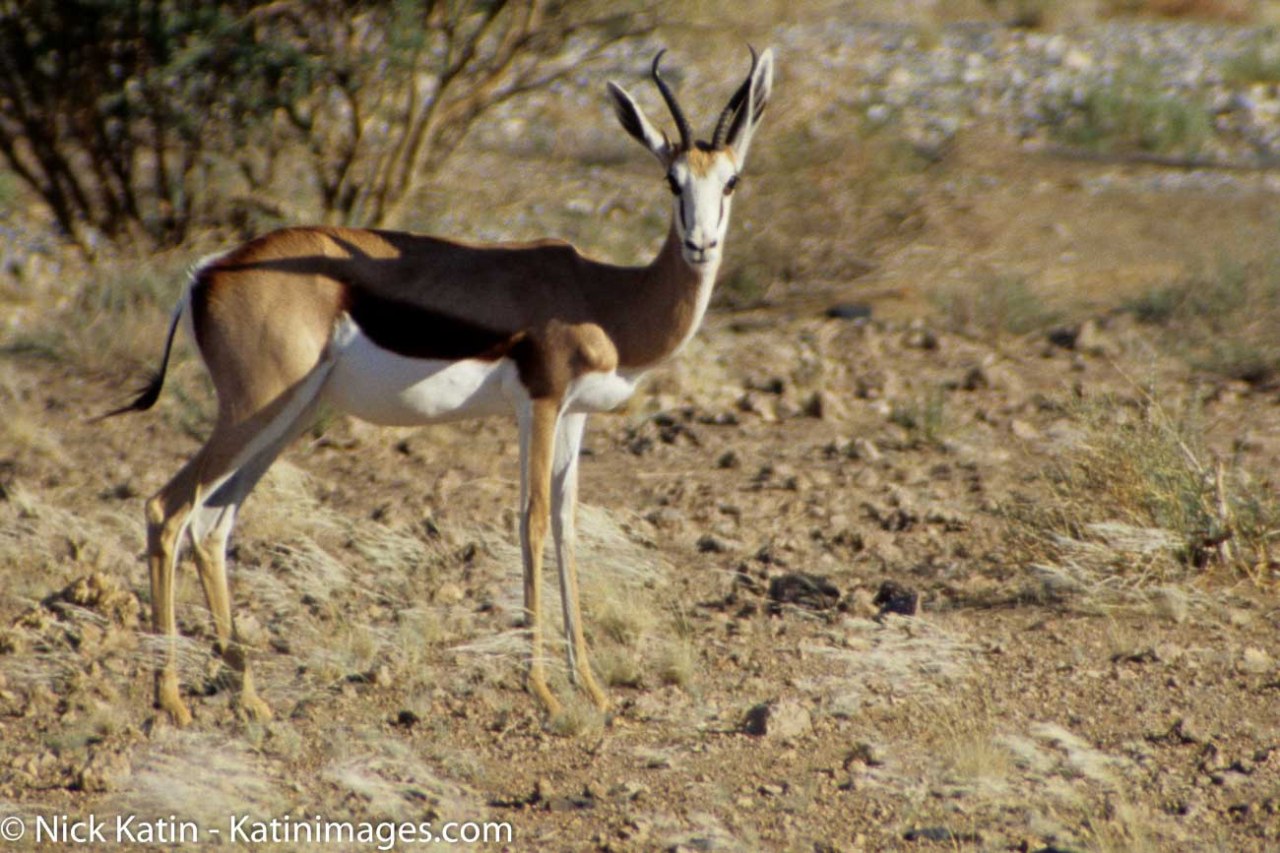 Springboks are extremely fast and can reach speeds of 100 km/h and can leap 4m through the air. The common name “springbok” comes from the Afrikaans and Dutch words spring = jump and bok = male antelope or goat.