We got into Upington around 5 am and had planned to sit around the bus station until dawn and then find our way to Yeho’s.
Trouble was that the bus station was just a kerbside stop and the office was closed that time in the morning. Fortunately the gods smiled on us and a local tour operator, who was actually looking for a German tourist he was there to pick up (she didn’t show), gave us a lift to Yeho’s.
Livingstone weren’t due until midday so the owner let us catch up with some sleep in the deserted dorm.

Upington is one of those nothing towns. Situated in the far Northern Cape on the main road to Nambia it’s a purely functional place. So there’s not a lot to see or do in the town itself apart from grabbing supplies from the two well stocked supermarkets there.

A big majority of the food we had eaten since we left home had come from supermarkets. If you’re going to travel cheaply then one of the first expenses you can cut down on is food.
Now you can do that either very drastically by eating very little or nothing at all or just by shopping smartly at the local supermarket. The former has a common problem associated with it called starvation and disease, so we elected to be smart.
In these first three weeks of travel I had been in more supermarkets than I had for the last ten years.
Actually South African supermarkets are on the whole quite good, well stocked with a good selection of food, refrigerated cold drinks cans and an excellent bakery. Some places like Upington were poor on fresh produce but that’s understandable.

Yeho’s was a fifteen minute walk away from the town centre and once we recharged ourselves with some food from one of the supermarkets we wondered around the town, checked our email, made a futile attempt at trying to arrange accommodation for our next destination at Fish River Canyon in Namibia and wondered back.

We got word that Livingstone were running behind due to a reassuring mechanical problem with the minibus and they ended up arriving 5 hours or so late.

Did we know they had arrived! One minute we were quietly sitting in the garden reading, the next we seemed surrounded by what seemed like a crowd of 20 but was only actually 5! Having picked this tour from a backpackers I guess it was highly unlikely that other members of the tour would be around our age.
But these guys were babies!
There was Alexandre (Alex) a German girl from Dresden (around twenty), Hannah, a well-spoken English girl and her boyfriend Simon (Si) who were eighteen and Michelle, an American Peace Corp girl who at twenty five, was a pensioner in comparison.

And then there was Roland, the tour leader. Roland makes an instant visual impact. A big guy, he had a pot belly, a full beard and tightly cropped hair, with a big round earring and gives the impression of someone normally found on a big Harley Davidson terrorising the local town folk. He had that guttural South African accent and spiels as good a yarn as Wilbur Smith. We could see straight away by Roland feigning to chuck Alex into the pool that all these guys had already clicked together on the journey down from J’burg. 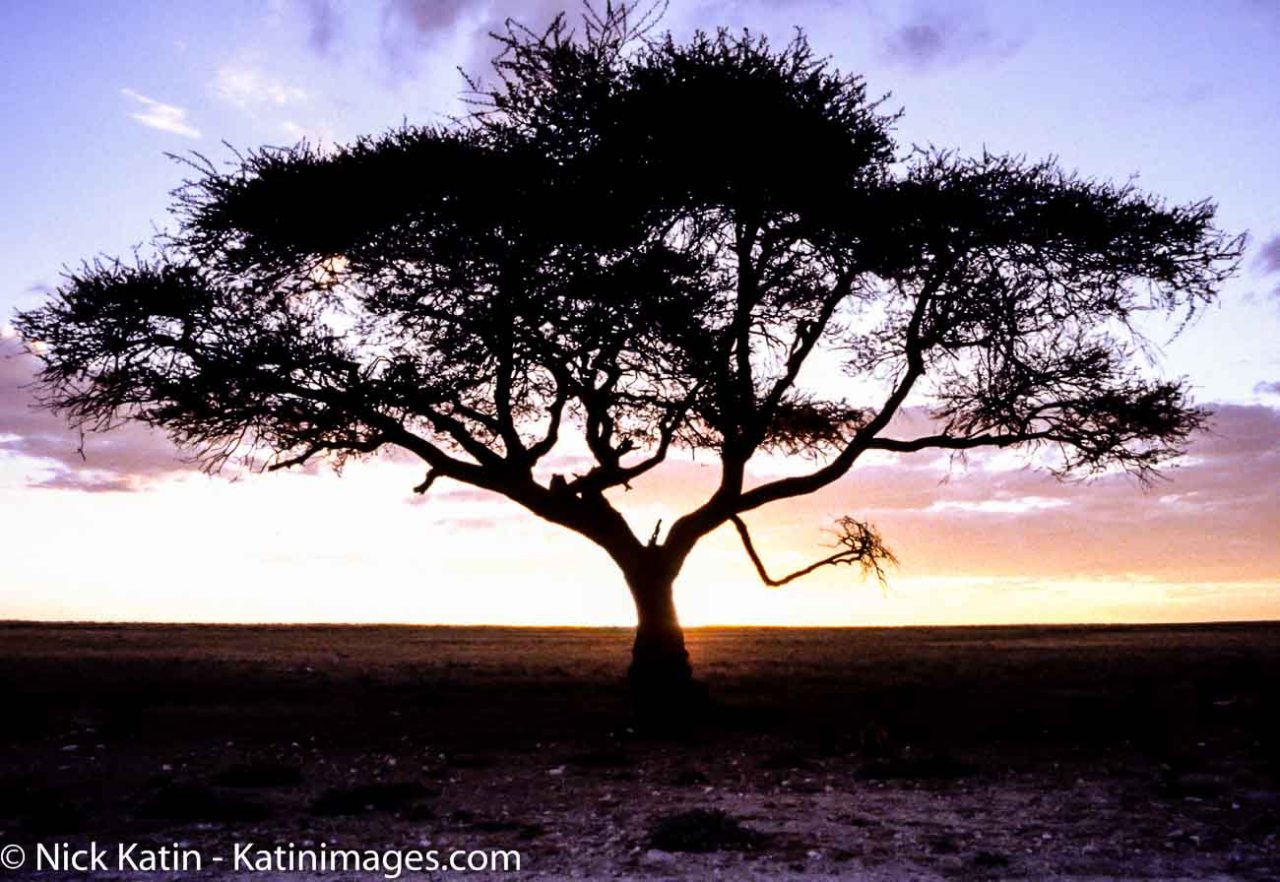 An Umbrella Thorn Acacia at sunset on the savannah of South Africa. It’s a native to Africa.