We decided to celebrate our feeling of freedom at the Lodge bar. Well it was a sort of bar but more like a counter in a small cupboard. We managed to find a couple seats outside with some of the other fellow guests, the odd local ex pat, a few locals from Maseru (the capital, some two hours drive away) and ‘just a few’ American Peace Corp volunteers.

The Peace Corp boys and girls were a pretty lively and interesting bunch. Four or five of them were based in this area and this was their ‘local’. For all of them local is not the right word, in getting here for their once a week gathering, they have to hitch from as far as 100 kilometres away!

Overall there are 50 in Lesotho and 6000 worldwide who generally live in the same conditions as the people they have come to help. Often there’s no running water, sewerage and electricity and the living conditions are pretty basic by western standards. Without the immune system of the locals, they have to live with the constant threat of illness or disease. There is usually only one peace Corp volunteer per village or area so contact with other volunteers is reduced to once a week or even month. These guys are all in their early 20’s so it’s tough for them especially at the beginning and they do all admit to some initial culture shock.
Mind you by volunteer standards they are well compensated with a local monthly allowance of US$125.00 in local currency plus a monthly allowance paid into their bank account at home. If they complete the two-year term they get a plane ticket home via any destination of their choosing plus a substantial bonus.

Brian and Kim told us that the most frustrating part was the fact that often the locals do not actually want help. “They’re just happy doing what they’ve always been doing. For example a farmer will plough his field or plant his crop the same way his ancestors did regardless of the consequences of erosion or soil salinity. So our job is to try and educate them on why they need to change. It’s not easy!”

None of this, I might add, stopped them from enjoying a drink or two whilst we there! 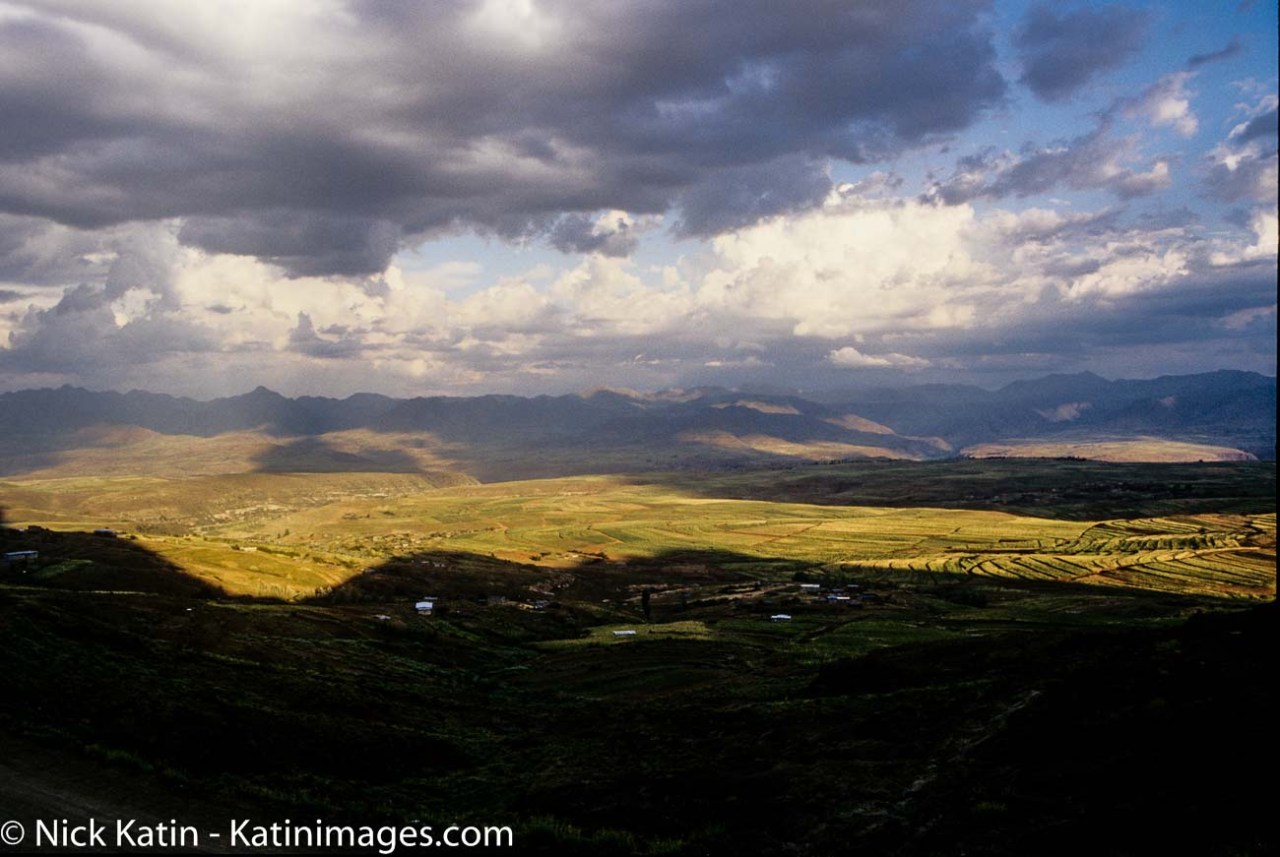 Maloti Mountains of Lesotho in the late afternoon light.