Continuing on with my Mexican Cowboy images. Another name for Mexican Cowboys is vaquero (pronounced baˈkeɾo) which means herder of cattle. These horse-mounted livestock herders come from a tradition that originated on the Iberian Peninsula. Today the vaquero is still a part of the doma vaquera, the Spanish tradition of working riding. The vaquero traditions developed in Mexico from methodology brought to  North America from Spain became the foundation for the North American cowboy.
The vaqueros of the Americas were the horsemen and cattle herders of Spanish Mexico, and first came to California in 1687, and later with expeditions in 1769 and 1774.
They were actually the first cowboys in the region.
As you can see there still plenty in Mexico that may not necessarily be ‘real’ cowboys but that hat is still pretty popular especially in Guadalajara. 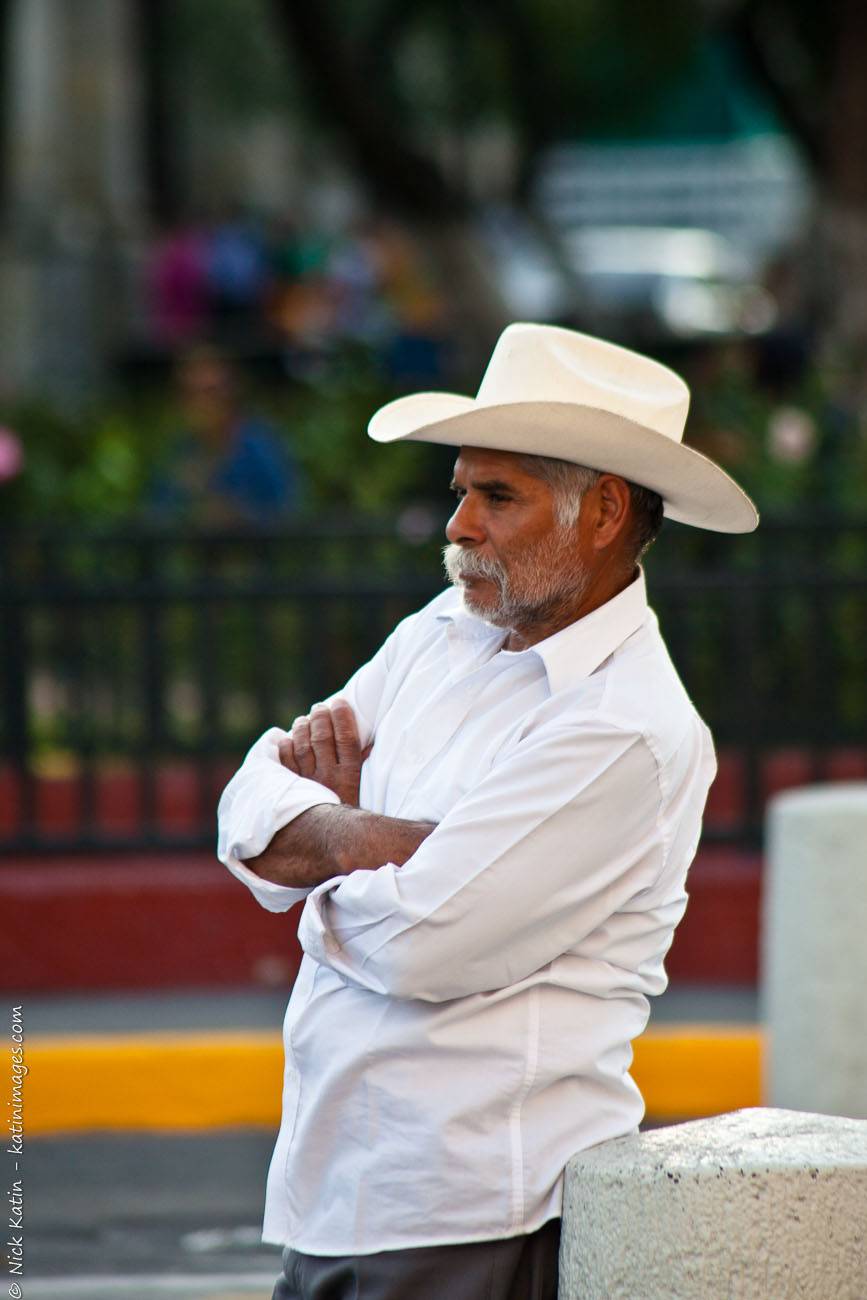 Leaning Mexican Cowboy in Guadalajara, Mexico
To see a larger image or to see purchase options click on the image