Reflection of the Alhambra in Granada

The 13th Century Alhambra in Granada in Spain is a absolute delight. The Islamic architecture is very intricate and stunning and a visit can wile away hours as you explore the different palaces. These same palaces were built for last Muslim emirs in Spain and the buildings are quadrangular in plan, with all the rooms opening on to a central court. Some, as shown below, have a small decorative reflective pool. The name Alhambra comes from the Arabic al-qala’a al-hamra (the Red Castle). Interestingly the first palace on the site was built by Samuel Ha-Nagid, the Jewish grand vizier of one of Granada’s Zirid sultans. 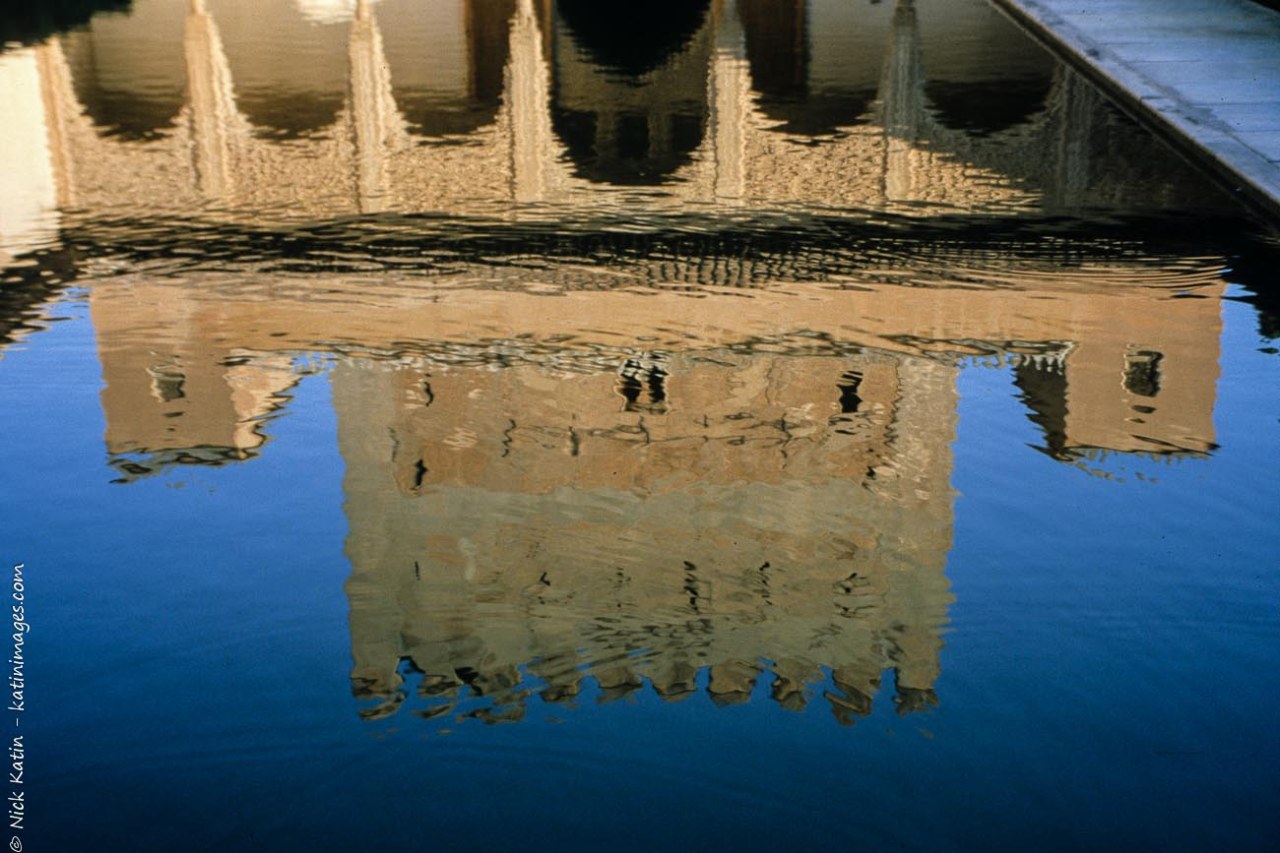