We arrived at the bus station at 5 pm for a 5.30 pm departure. This dusty, grimy, polluted bus station was not quite as threatening as Harare. There were lots of people floating around, and almost as many security guards. Music blared from the PA system and even at that time of day the market stalls that surrounded the station were doing a roaring trade.

At 7.30 pm the bus finally arrives and then all hell let loose. No orderly queue here just chaos as everyone attempts to get onto the bus at the same time with bags, pillows, blankets, box’s, small children and heaven forbid, babies. Any thoughts of having a reserved seat are blown out of the water. Another bus turned up, so thinking we were smart we attempted to board that one but were turned back by the bureaucratic driver who unconvincingly pointed out that our tickets said we should be on the other bus.

“But there’s no room on that bus” we countered.

He just repeated the fact that his bus was not our bus.

That was the final straw for Sue. She marched onto the first bus, cleared all the staff belongings from the front seat and shouting at anyone in the way that this was where we were going to sit. The rest of the passengers and staff were stunned into submission as we chucked our bags on the floor in front of us and sat down.
They had never seen a wild white woman before……….. usually we were so polite and accepting.

That’s not to say that we now had the best seats in the bus. We had to sit with our legs elevated on top of our bags, resting on the handrail in front, not the most comfortable position for a long bus ride but at least we had seats away from the congestion of the rest of the bus (the isle was crammed full of bags, boxes and other belongings). Plus we had full possession and sight of our bags. The doubt in our minds about the security of having bags stowed away in the luggage hold or on the roof were confirmed by the rest of the passengers.
Not one of them had their belongings where they couldn’t keep an eye on them.

At around 8.30 pm the bus took off and we had been going for just over an hour we were stopped at the first of five police roadblocks that we were to pass through before reaching our final destination.
Two police officers carrying AK 47’s over their shoulders, ordered us all off and went to search the bus and our bags. The reaction to this was not cooperative.
After a lot of arguing and discussion we eventually had no choice and an hour later we resumed our travels. The rest of the journey was an ongoing frustration at the speed at which we were going. Either the bus was heavily overloaded or it wasn’t man enough for the job, because it just about crawled up every hill (and in Malawi there’s nothing but hills). On some stretches we could have walked faster!

Eventually we got to the bus station at Mzuzu at around 9.30  am, some four hours late and managed to meet our next challenge finding a bus to take us to Nkhata Bay.

We found what’s known to travelers to third world countries as the chicken run bus. It was exactly like the local buses you see portrayed in the movies. Full with locals carrying on just about anything you could imagine. Bags of seed, wood, fruit, ordinary luggage and yes, of course, chickens. We sat with our bags on our laps and watched our knuckles turn white from gripping tightly anything we could hang onto as the bus weaved its way at a speed that was just a wee bit fast down the winding potholed road to Nkhata Bay.

As it sped past banana plants and maize fields, I did manage to notice that every inch of land appeared to be cultivated. Even the steep hillsides were terraced with various crops. In between there were small clusters of straw huts with their chimneys masquerading as a hole in the roof smoking. It was a cold morning in the highlands of Mzuzu.

It was a lot warmer in Nkhata Bay and we were thankful to get there in one piece. We now had to find our way to Chikale Beach Resort a couple of kilometres south. When we got off the bus a young local approached to see if we wanted a lift. Thinking that he wanted to take us to another hotel or resort we declined and with our backpacks on we summoned up some energy and marched in the general direction of Chikale Beach. A few moments later he was back.

“Where are yoou gooing?” he asked

“I am Leenard, de manager. I will take yoou dar.”

This guy had to be no older than 21 but despite this and our initial concern that this was a potential mugging we jumped into the back of his Ute, too tired to really care. We had to share the Ute with a couple of crates of beer and a couple more passengers but it sure beat walking with all our belongings on our back.

The resort was pretty basic with thatched cottages grouped around a tree-lined beach and the bar/restaurant right on the beach. Each cottage had double bed and its own bathroom, which as far as we concerned after the experience of the last few days was heaven! All this for 600 kwacha (US$10) per night. 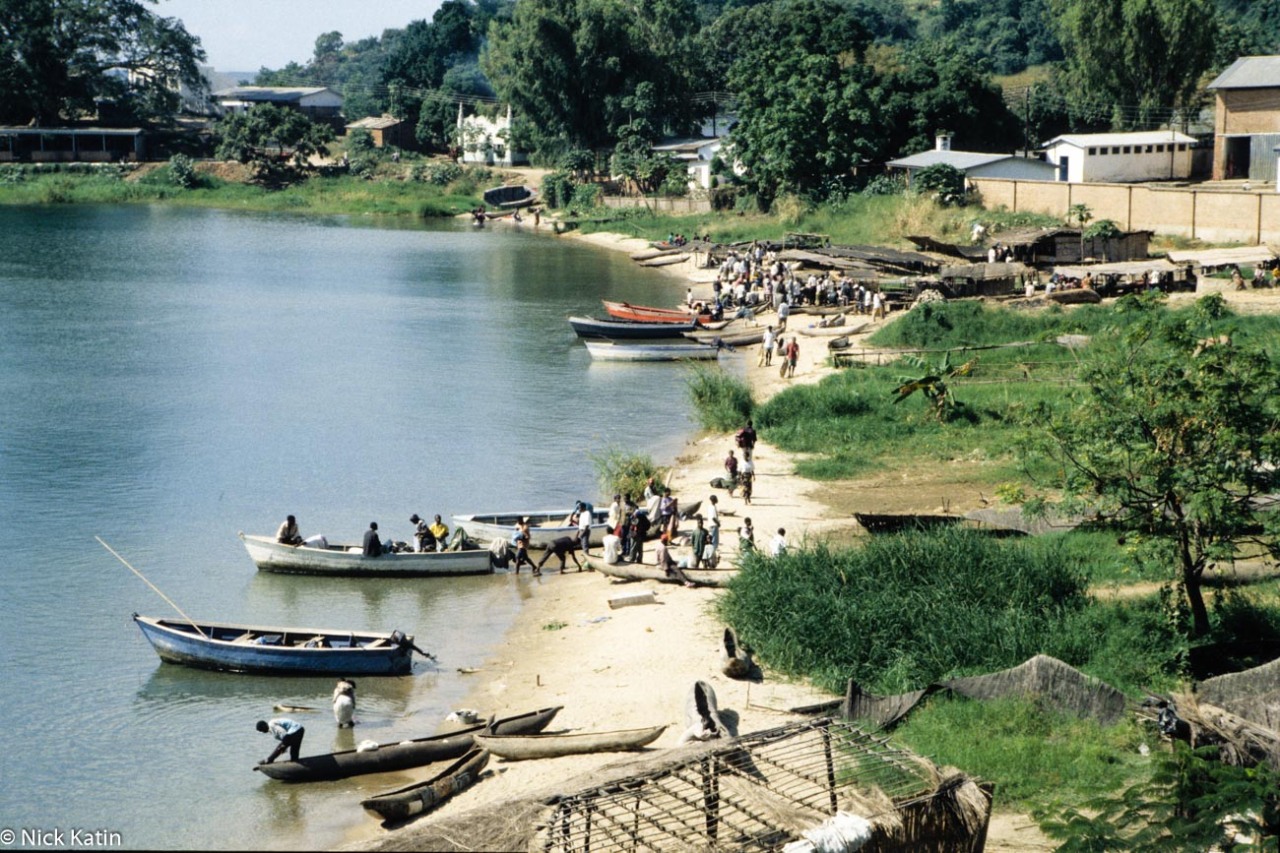