It was as the guy from Budget was driving away that a rather worrying thought crossed my mind.
What if he wasn’t a Budget employee and had just easily hoisted a car from two unsuspecting and naïve tourists! The fact that he was standing in the Budget car park with a Budget jacket might mean nothing; that could have been part of the ‘sting’. I decided that I would take an aggressive approach if it turned out I was not paranoid.

“Why let a car thief stand in your car park with your uniform on was going to be my approach”, I was going to take it up to them!

I was awoken from my absurd fantasy by more of these backpacker hostel touts ceaselessly badgered us to stay in their hostels.Apparently since the end of apartheid in 1994 there have been numerous hostels sprouting up in the more popular tourist spots especially J’burg and Cape Town.
I don’t how many there are in J’burg but It appeared that each one had a tout at the airport.

As it happened we had booked a night in the ‘Airport backpackers’ before flying to Cape Town on our freebie flight.
This was our first experience of a backpackers and we had been strangely comforted by the fact that the female voice on the other end of the phone had been Aussie when we booked a few days before.
So when Gerard picked us up at the airport in old beaten up VW golf and proceeded to apologise for the damp in our room, dropping the price of the room by 20%, our comfort was soon replaced by some trepidation.
This was heightened by the fact that we had to wait whilst Gerard seem to spend rather a long time getting it ready before allowing us to move in.

Actually our room wasn’t that bad, the only pieces of furniture were a soft, uneven bed and a rickety wardrobe. The smell of damp caused by a leaking shower next door was just about tolerable. 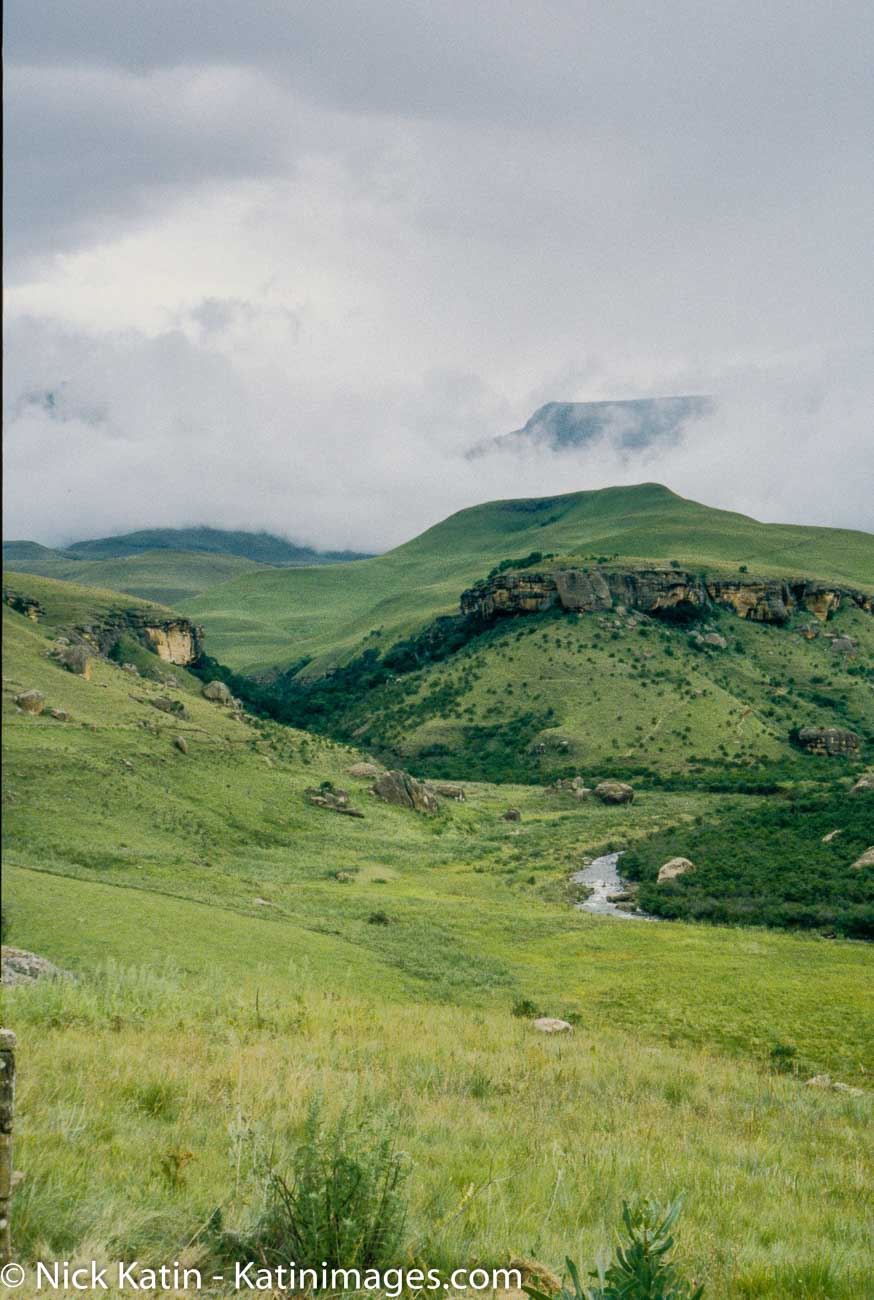 Lying at the southern end of the central Drakensberg Giant’s Castle, which gets its name from the outline of the peaks and escarpment that combine to resemble the profile of a sleeping giant, is essentially a grassy plateau that nestles among the deep valleys of this part of the Drakensberg.