The most popular walk in the park is the Gorge walk. Talk to any South African who has been here and they will have almost certainly hiked the Gorge track.
About a year later we worked with a South African in England and his reaction was “You’ve done the gorge walk! I can’t believe it!” Anyone would think we had kidnapped Nelson Mandela and dragged him with us!

Anyway I don’t know what all the fuss is about. Even at a 22.5 kilometres roundtrip it’s an easy track that starts in the middle of the park and ends at the Amphitheatre.
However with little time and brooding dark thunderstorm clouds hovering above us we set off to do this walk in an afternoon. There was another South African couple (they’re everywhere) who we followed then eventually led, that were looking nervously at the thickening and darkening clouds. “She’ll be right, Mate” I said encouragingly as we past them for what seemed to be the tenth time. The problem with that theory was that it wasn’t shared by what seemed to be an army of Black Africans who were all going in the opposite direction.
They had been maintaining the trail and I suppose might have been knocking off for the day.

The walk itself was great! We skirted ridges, climbed gentle grassed hills, passed through small patches of rainforest, crossed creeks and the river Tugela before popping up at the gorge itself.
And that was where we had to stop!
We had run out of time.
If we carried on into the gorge we would have been faced with crossing the fast running Tugela a number of times plus hoisting ourselves out of the gorge using a chain ladder; all of which would have slowed us down. So with darkness probably only a couple of hours away we did the sensible thing and turned back.
All the way back we grumbled to ourselves that we should have gone on and to hell with the circumstances. We stopped grumbling about 5 minutes out of the park when the heavens opened, the sky lit up and bellowed. In 5 seconds flat we couldn’t see a thing! 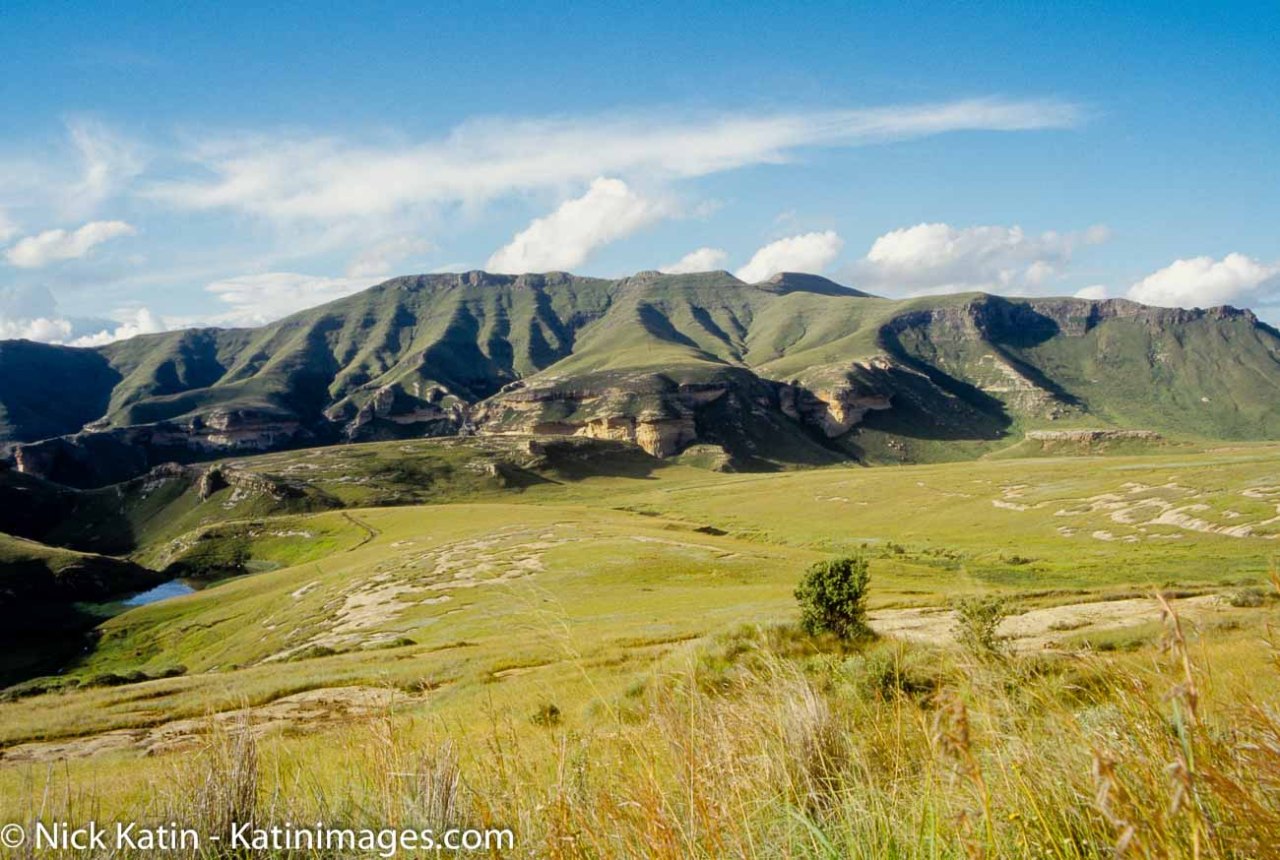