Our next destination was a place called Malealea Lodge located in a remote part of the South West of Lesotho.
Malealea Lodge is known for it’s Pony and Walk treks amongst other things.
We had managed to contact them from home not only to find out info but to ask about the security of entering Lesotho on our own.
Before we left Australia we had taken the precaution of checking with the Department of Foreign Affairs and the British Foreign Office web sites to see if they had any travel warnings about any of the countries we proposed to visit. Well they had!
Both advised that travel to and in Lesotho should not be taken independently.
Apparently about 6 months before there was a protest by the opposition party at the election results.
The government declared a state of emergency and called in the South African army. This triggered off a two day violent protest with protesters looting and destroying many of numerous South African businesses in the capital Maseru.
This unfortunately placed Lesotho on the ‘places not to visit’ list. We ‘ummed’ and ‘aahed’ about this but after talking to Di Jones, one of the owners of Malealea, decided to stick to the plan. DI had assured us that there had been no problems since and had been driving around herself without any hint of trouble.
If by chance you’re not a great fan of mountains then whatever you do don’t go to Lesotho it’s absolutely covered in them.
It is one of only two countries in the world to be completely encircled by another country, South Africa, (the other being San Marino) and is the size of Belgium but it’s dominated by the mountain ranges of the Drankensberg and the Maloti. In fact its lowest point is over 1000 metres. 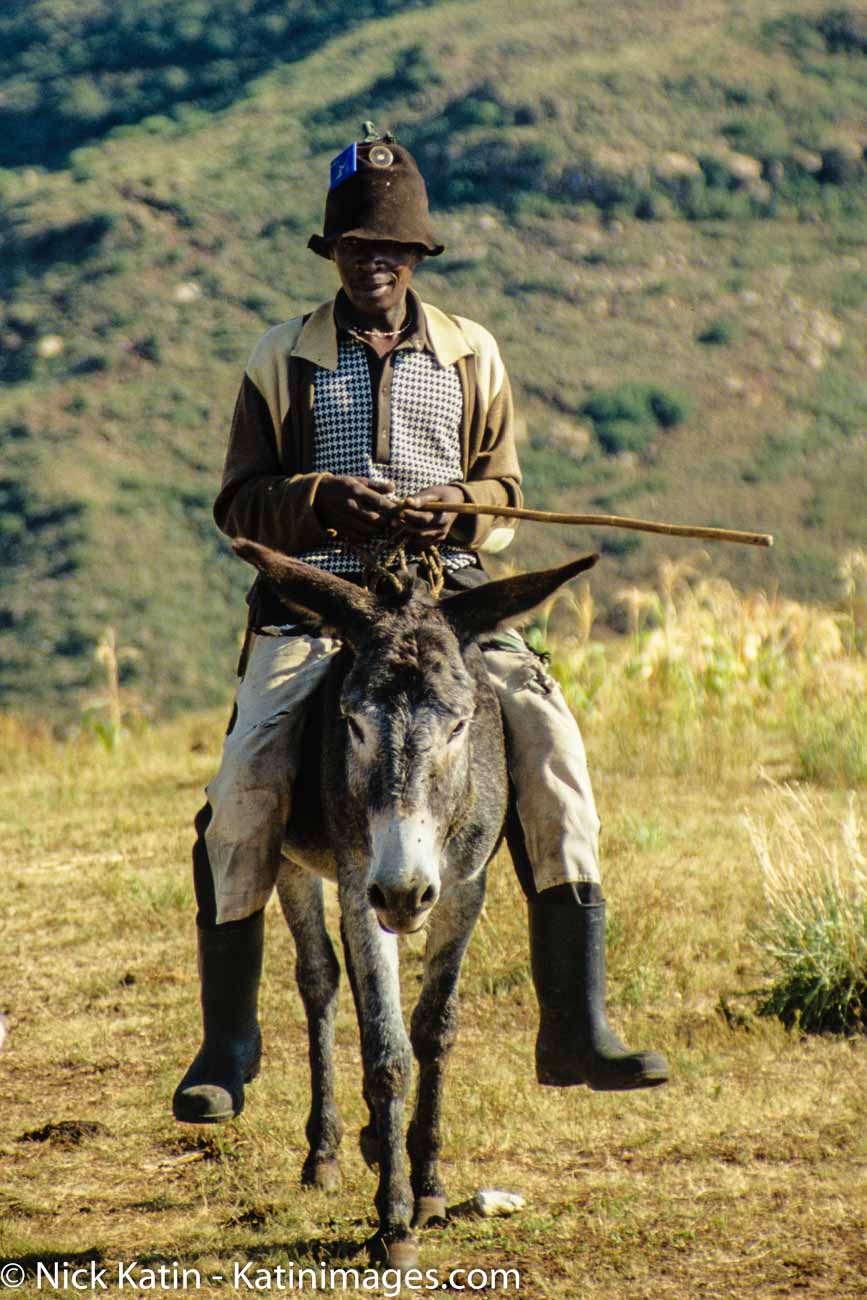 In the mountainous Lesotho, ponies are the major form of transport.