In Monday’s post I posted a picture of Red Buick in Havana as an example of the good condition most of these cars were in.
The question is why are there so many vintage cars in Havana?
Well to answer that you have to go back to two years after the Cuban revolution – 1962.
The new Cuban government nationalised all property owned by the USA, USA business’s and citizens. In retaliation the USA strengthened its existing commercial, economic, and financial embargo that was imposed two years before to be almost total. That meant no spare parts! So the Cubans somehow managed, with a great deal of innovation and opportunity, to keep most (at least 60,000) of these on the road. The opportunity came when some cars become unrepairable or written off and were stripped for it’s parts to create a huge second hand car parts market.
Interestingly the Soviet imported cars (the only ones allowed in the country) are not so well looked after. The Ladas taxi I got from the airport lacked a huge amount of love and care! 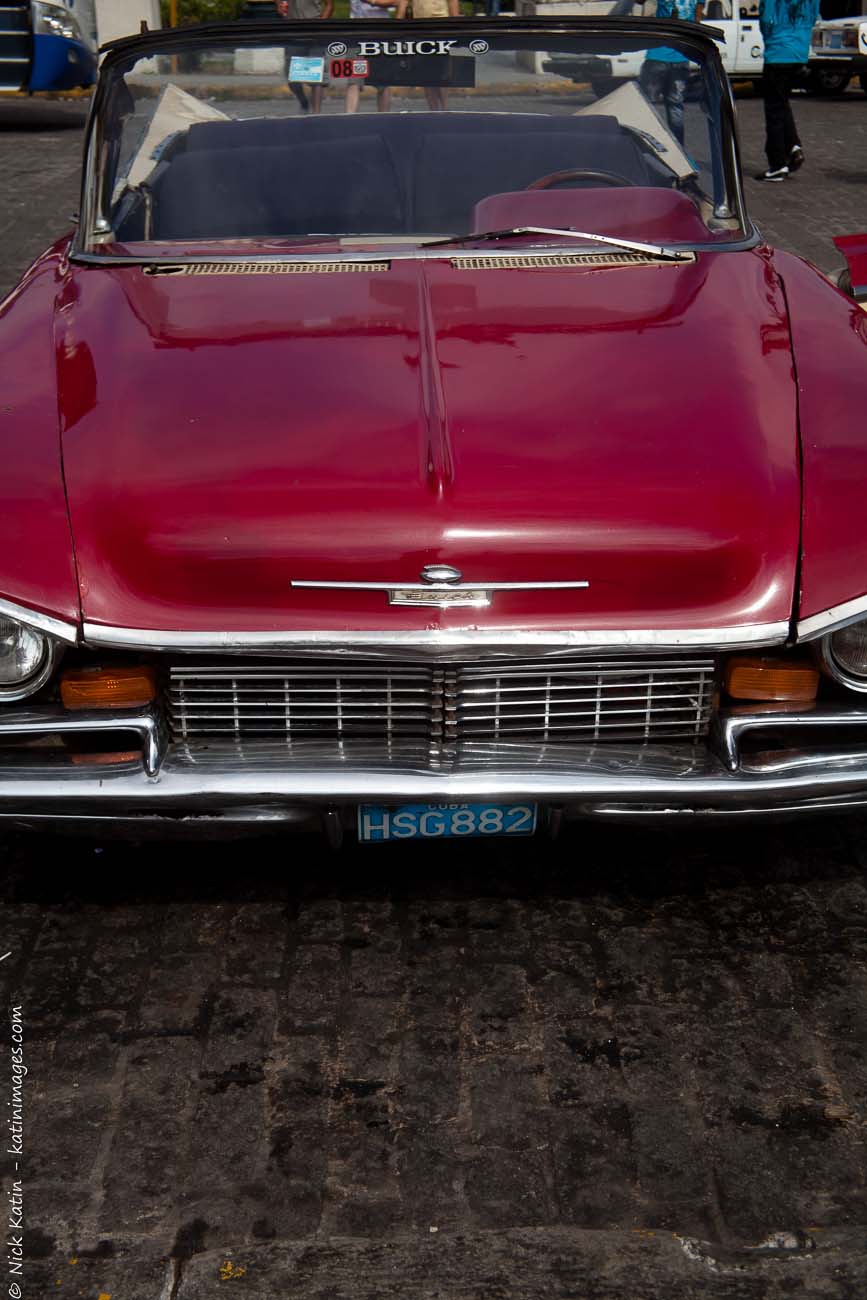 The front of a Red Buick, one of Havana’s old classic cars